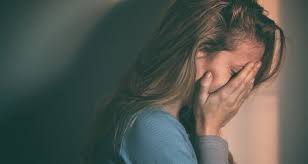 Abortion is a topic that is sure to ruffle a lot of feathers, especially among religious groups. Unfortunately, much of the anger around the topic stems from misinformation.

You probably might have already heard that abortion can make it difficult for you to conceive if you want to have a child one day. Someone might have warned you about how abortion can increase your risk of certain cancers, particularly those that are common among women.

There might still be a persisting belief that abortion is dangerous and can lead to death.

However, experts agree that abortion does not affect your ability to conceive later on. There is also currently no evidence that abortion can increase cancer risk. Moreover, although there are potential hazards that come with abortion (just like any other medical procedure), it is generally very safe, as long as it is performed by a professional. Even those who take an abortion pill to terminate pregnancy for any reason come with minor side effects that go away on their own after a while in most cases.

Post-Abortion Syndrome: Is It Real?

One of the most common arguments against abortion is how it affects women’s mental well-being who go through it. Some people claim that women who terminate unwanted pregnancy experience trauma that has been dubbed “post-abortion syndrome.” They say that the condition manifests in physical symptoms that include mood changes, flashbacks, nightmares, decreased self-esteem, guilt and regret, and depression.

These are also common symptoms of post-traumatic stress disorder or PTSD.

However, there is not enough evidence to suggest that abortion leads to lasting impacts on mental health. The International Classification of Diseases does not recognize post-abortion syndrome as an official diagnosis.

Before and After Abortion: Stress and Relief

In fact, in many studies, abortion comes with relief, not regret.

The Psychological Society of Ireland published insights from research into abortion and mental health. It revealed that one of the most common reasons why women terminate a pregnancy is because of the adverse effects of continuing it on their mental health and the mental health of their significant others and existing children.

The overwhelming majority (95% to 99%) said that they do not regret the decision. They were surveyed at various points in their lives up to three years after their abortion, and they consistently reported feeling relief instead of regret.

The handful of those who experience negative feelings over abortion does so because of the stigma surrounding it. They said that they did not receive support from the people around them, which led to misery.

Abortion Does Not Lead to Depression

Abortion also does not lead to depression, as one study published in 2018 revealed. In the paper, researchers used the national database of Denmark, which included data from about 400,000 women dating back to the ‘80s. They looked at how many of these women had prescriptions for antidepressants and which ones had undergone an abortion (a detail also available in the database).

Although they found that women who had an abortion had a higher rate of antidepressant use, a closer look at the data shows that the two actually are unconnected. The increased risk of depression among these women did not change before and after abortion. In fact, the risk of depression decreased steadily as years after the abortion elapsed.

Of course, everyone will have a different experience with abortion. Some may feel grief or even regret the decision. However, the data is proof that terminating unwanted pregnancy does not result in mental health conditions. Continuing pregnancy, even if either or both parents are not ready yet, could lead to stress and depression. Abortion can save a woman and her family from the consequences of unplanned childbearing.

Meta Description: Many misconceptions about abortion dissuade women from going through it, particularly about its impact on mental health. Here’s the truth about it. 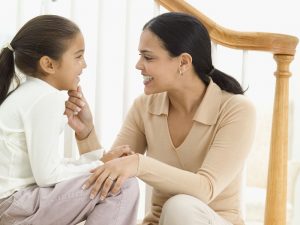